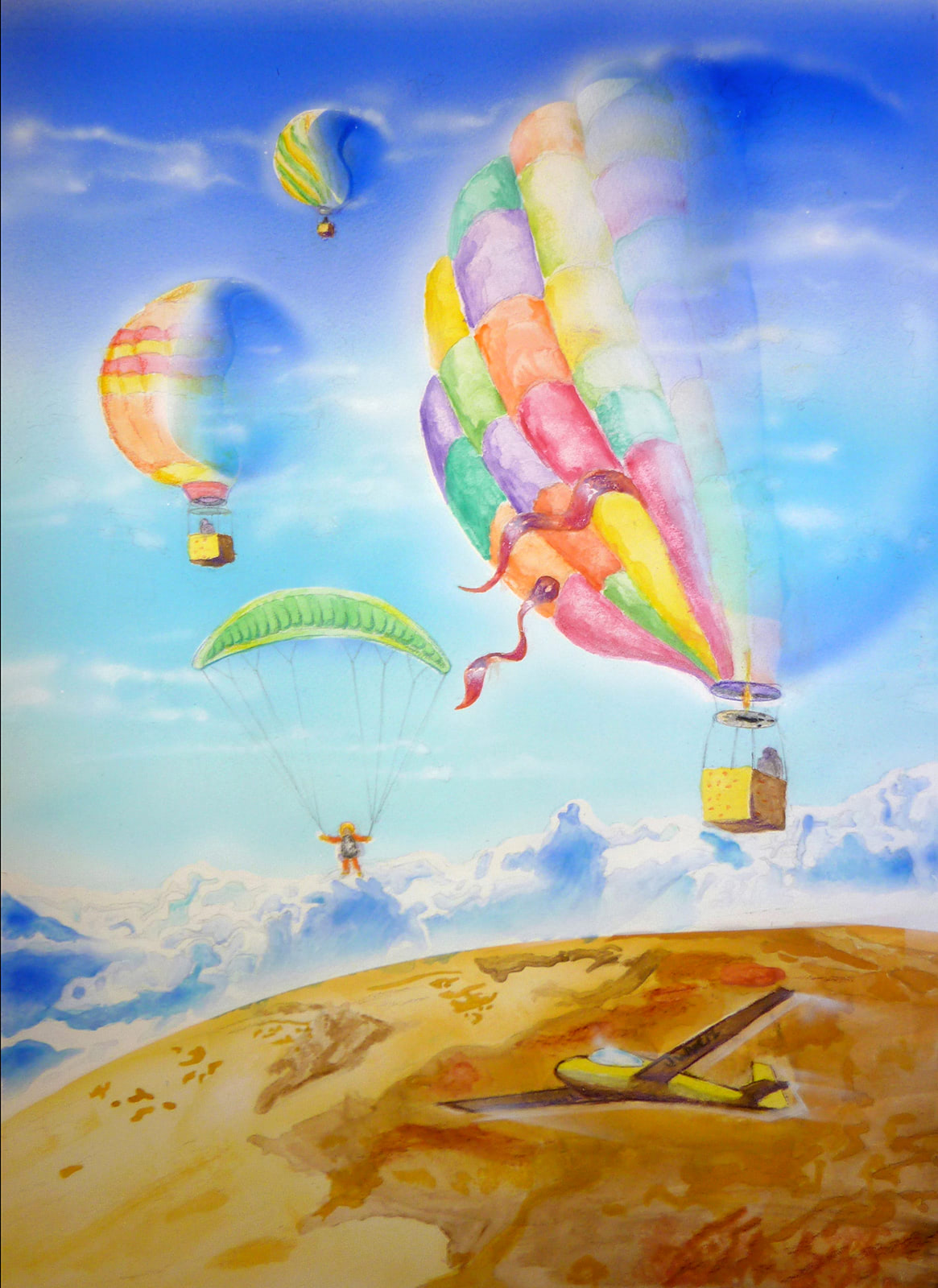 Sky’s created his award-winning artwork for the International Aviation Art Contest, which he said was inspired by songs entitled “On the Wing” and “Hot Air Balloon” by Minnesota electronic pop recording artist Adam Young, also known as “Owl City” a native and longtime resident of Owatonna, Minnesota. Owl City an international phenomenon, is known for it’s quadruple-platinum first single “Fireflies,” which was a No. 1 smash hit in 24 countries including the U.S. (where it hit the top spot twice), and sold more than four million downloads.

This was Sky’s first time entering the FIA aviation art contest, which he almost missed as he discovered the competition was only two weeks away. Unfortunately for the other entrants, he completed his art just in time. It was also his first time using an airbrush for the background, a technique he learned from his father.

Sky’s art not only caught the attention of judges from multiple levels of competition, but also the manager of Owl City, Steve Bursky.  In early February, Bursky contacted Sky to request the use of his painting on Owl City’s Facebook page where it has received over 4,400 “Likes”, 236 shares and over 300 comments from Owl City fans all around the world.

The painting currently can be seen on his Facebook wall with the comment from Owl City singer/songwriter Adam Young, “11-year old Sky Waters’ “Silent Flight” – I LOVE THIS!” Adam’s uplifting and catchy songs are filled with whimsical melodies and blissful beats, a musical dreamland that evokes a sense of flight and wonder, the exact mood Sky endeavored to capture.

This was not the first time Sky’s artistic ability was noticed by a celebrity.  At age 8, Sky’s first watercolor piece entitled, “Tantanka” is now a permanent part of the main entrance display of Kevin Costner’s interpretive center, Tantanka – Story of the Bison in Deadwood, SD.  Sky even received a personal letter from Costner himself.